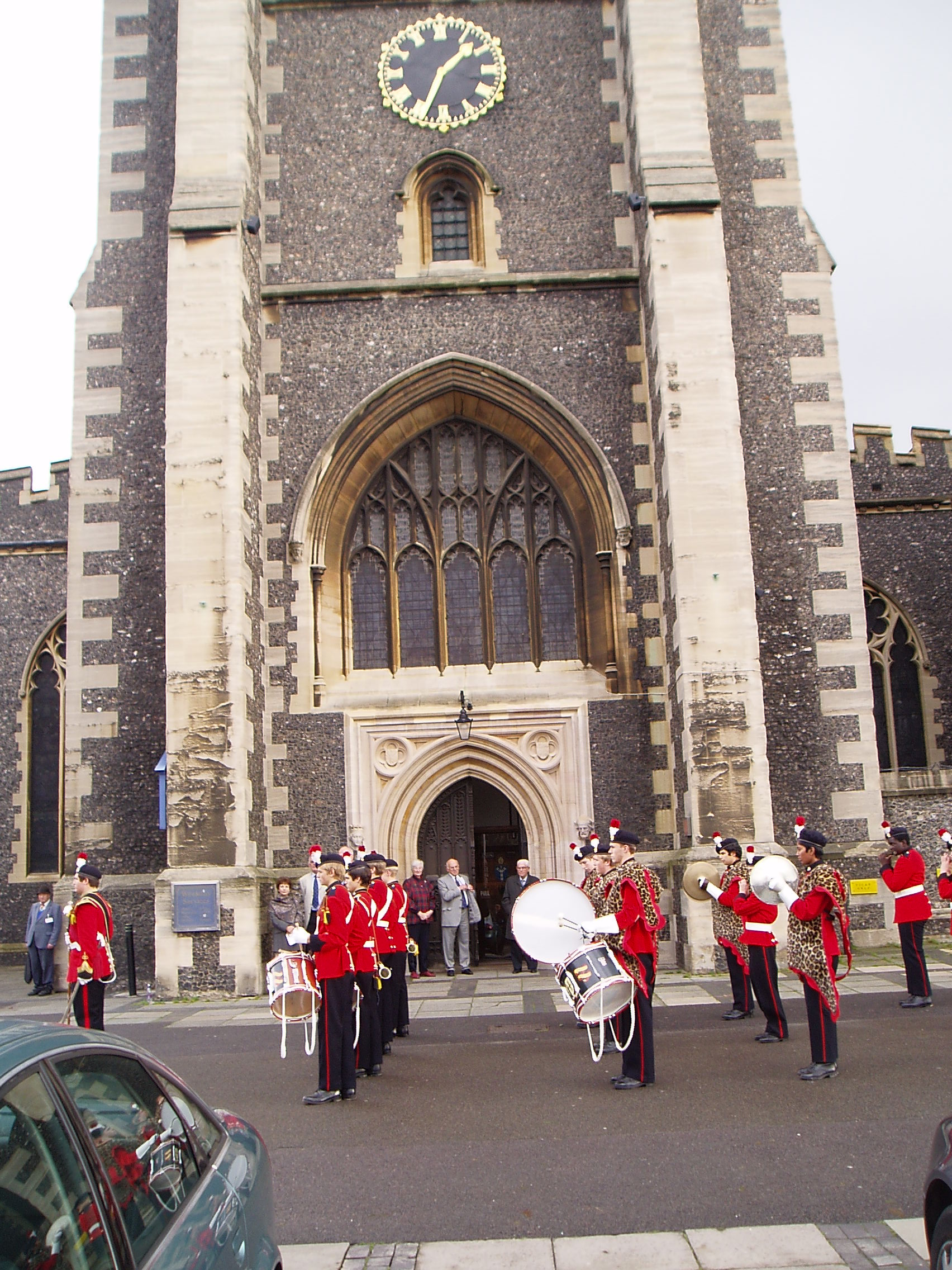 It is hard to believe that it is nearly 10 years ago that Gillett & Johnston celebrated its 160th Anniversary in 2004.

Thinking about the date of 1844 when Gillett’s first started made me realise how special and remarkable the firm was to still be thriving after all that time.  To put it into its historical context it was six years after Queen Victoria first came to the throne and just one year after Brunel built the SS Great Britain.  So the Anniversary seemed like Something really worth celebrating.

I started the planning process and soon found how mammoth a task this was!  How do you do justis to such a special and well loved firm.  How can I mention all the wonderful clocks and bells that have been made and installed  over the years.

We finally decided to hold a service of thanksgiving and where better to hold it than at Croydon Parish Church with Croydon being the hometown of Gillett’s and the Bells in the church being installed by Gillett’s.  Guest’s were invited to a Champaign reception and lunch afterwards in the church hall.

We started the proceedings with the Whitgift Corps of Drums performing outside the Church to welcome those arriving.  In their smart red uniforms, they made a spectacular sight and certainly got the proceedings off to a flying start.

The service started appropriately with the choir singing Ding Dong Merrily on High and finally finished with the ringing of the Gillett & Johnston Bells, courtesy of the resident bell ringers.

Afterwards, there was the opportunity to visit the clock room and bell chamber, an invitation taken up by most of those present.  Which just goes to show the interest in the Bells and Clock as there were several steps to clim to get there but maybe the Champagne helped.  In the hall was a selection of historical and interesting items relating to Gillett’s history, both past and present, which proved very popular ad well worth the heroic effort of transporting it!

The day was rounded off with speeches by the Major of Croydon, Master of the Worshipful Company of Clockmakers and replied to by Mrs Jenny Coombes on behalf of Gillett & Johnston.

We are now looking forward to our 170th Anniversary in 2014 (I haven’t recovered from the last one).  Planning has already started so watch this space!

For more information about Gillett & Johnston please call us on 01883 740000 or, if preferred use the contact form.